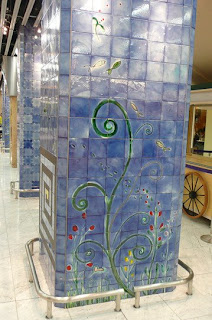 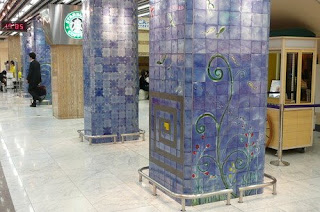 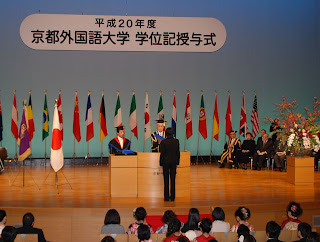 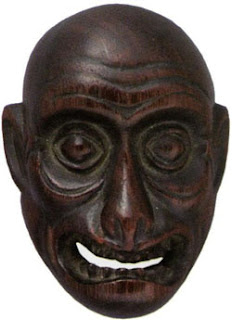 By MICHAEL DUNN
Special to The Japan Times

Before the age of discovery, Europe had been separated for hundreds of years from the Indian Ocean by an impenetrable crescent of territories largely hostile to Christians. The Venetians — always more interested in commerce than proselytizing — controlled whatever trade there was with Asia through their network of outposts in the Eastern Mediterranean.

In order to usurp this monopoly, and spread the Catholic faith, now-legendary Portuguese explorers such as Bartolomey Dias (d. 1500), Afonso de Albuquerque (1453-1515) and Vasco da Gama (1460-1524) were motivated to find a way around Southern Africa into the Indian Ocean and its surrounding countries with their legendary riches. In their wake came merchants and priests who established a network of trading posts linking Lisbon to Mozambique, India, Ceylon (present-day Sri Lanka), Siam (present-day Thailand), the Spice Islands of Indonesia, Malaysia, China and Japan. They left an indelible mark that is still evident in family names, everyday language, churches, architecture and cuisine across what was their vast empire.

In order to usurp this monopoly, and spread the Catholic faith, now-legendary Portuguese explorers such as Bartolomey Dias (d. 1500), Afonso de Albuquerque (1453-1515) and Vasco da Gama (1460-1524) were motivated to find a way around Southern Africa into the Indian Ocean and its surrounding countries with their legendary riches. In their wake came merchants and priests who established a network of trading posts linking Lisbon to Mozambique, India, Ceylon (present-day Sri Lanka), Siam (present-day Thailand), the Spice Islands of Indonesia, Malaysia, China and Japan. They left an indelible mark that is still evident in family names, everyday language, churches, architecture and cuisine across what was their vast empire.

It is only fitting then that a major new museum of Asian art should be founded in the capital of Portugal, the home of the great explorers who voyaged the world during the 15th and 16th centuries in search of spices, fortune and souls to save. The Museu do Oriente that opened last year in Lisbon operates under the umbrella of the Orient Foundation ( Fundaco Oriente), which was previously headquartered in Macau before the territory was returned to China in 1999.

The foundation is known for being well-funded and active in sponsoring cultural and scholarly projects throughout Asian territories that were previously under Portuguese influence or control. The museum is housed in a spacious building of 15,000 sq. meters near the River Tagus, from where the nation's great voyagers set sail. Once a warehouse, the building has been completely renovated by the architects Carrilho da Graca and Rua Francisco to provide display space, storage and an auditorium together with various rooms for educational projects.
On display are selections from the museum's inventory, which consists of two main collections: one of objects relating to the Portuguese presence in Asia; and another of diverse Asian artworks originally accumulated by the benefactor Kwok On. In addition, the museum is active in presenting specialized exhibitions, performing arts, movies, conferences and educational programs for young people. 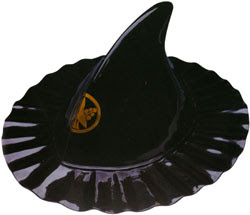 One can imagine the earliest meetings between Asians and the Portuguese explorers as epics of misunderstanding, each side distanced as far as can be imagined by language, faith and culture, trying somehow to find a common ground for dialogue, no matter how tenuous. Late 16th- to early 17th-century Japanese Nanban ("Southern barbarian") screen paintings show the arrival of Portuguese ships and the local inhabitants peering in amazement at those disembarking: traders with their billowing trousers; dark- skinned slaves; black-robed priests shrewdly eyeing prospective converts; and exotic animals such as elephants, giraffes and those civet cats with tufted ears that became popular pets among Japanese regional warlords and are often portrayed in Japanese paintings.

For over a century, superior firearms and ships enabled the Portuguese to become masters of the high seas capable of inflicting stinging attacks to protect their interests and enforce their demands. Their enormous ocean-going galleons were heavily-armed and built with multiple decks for cargo storage and sheltering passengers and crew.

Conditions on board were dangerous, unhygienic and often deadly, tempting only those who were hungry for riches or new converts to the Church to undertake hazardous distant voyages. Nevertheless, those who managed to survive built trading stations at ports of call around the Indian Ocean and the Far East, intermarried with locals and mastered the complex subtleties of Asian business.

Many spent the rest of their lives in their host country and were gradually assimilated into local society.

As a small country facing the Atlantic, and with a national temperament markedly at odds with those of its Latin neighbors, Portugal has always been positioned somewhat distanced from the mainstream of European history, choosing instead to look at the ocean and the lure of its distant horizons. The country's pioneering achievements were extraordinary and paved the way for other European powers, with their own expansionist dreams, to gradually usurp them in international influence. While the Portuguese were happy to pursue more globalist ideals, settling in to their newfound territories, other European powers focused on tight, central control and the return of trade goods to the home country. By the early 17th century, Portugal's control of the high seas was replaced by that of the more technologically advanced British, French and Dutch.

From the widespread Portuguese empire, countless objects were brought back to Portugal, and in recent years the Orient Foundation has accumulated more than 1,000 items bought on the open art market or loaned from private collections, such as those of the poet Camilo Pessanha and the writer and politician Manuel Teixeira Gomes. These include 17th-century screen paintings, Nanban lacquerware; porcelain bearing the coat of arms of the Companhia das Indias, which traded throughout the empire; objects relating to the culture of Timor (in what were then known as the Spice Islands); and textiles and furnishings. Underscoring the role of the Catholic Church in Asia, the collection also includes ritual objects, crucifixes and informative maps and documents dating from the earliest stages of colonization.

Wherever the Portuguese went in Asia, they experienced diverse performing arts, and the museum's Kwok On collection is noted for its large inventory of masks, costumes, orchestral instruments and associated theatrical equipment. While many such performing arts evolved to become popular entertainment, most originated as religious festivals or rituals where masks were worn to represent various deities in the local pantheon. Recent, specialized exhibitions at the museum, titled, "Masks of Asia" and "Gods of Asia," have explored in depth the role of objects in complex rituals and performances.

The history of the Portuguese presence in Asia is a fascinating subject that is sure to reveal more with future research. Despite maintaining an extensive empire — much of which was only relinquished following the country's 1974 revolution — it is only over the past three decades that Portugal has caught up with the modernized of the rest of Europe. There is good reason to suspect that many historic items brought back by generations of voyagers and traders still remain in Portuguese monasteries and private houses waiting to be brought to light. Research in this direction would make an enlightening subject — perhaps for a future exhibition at the Museu do Oriente.